Tournament set to run with USDGC from October 7-10 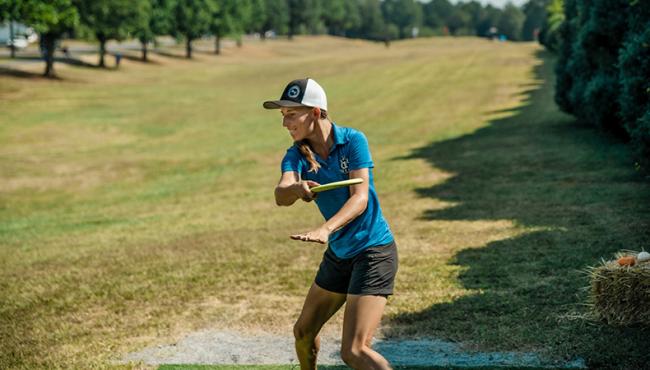 Sadly, the COVID-19 pandemic caused the cancellation of the 2020 USWDGC, leaving a void on the Major calendar. Now, though, the PDGA and Innova are teaming up to revive the original event at its original venue to give competitors in the Open Women’s field an opportunity to win a coveted title this year.

Winthrop University will welcome as many competitors as possible to the 2020 Women’s National Disc Golf Championship, an event that will take place from October 7-10 in conjunction with the USDGC.

“We are always grateful for our partnership with the USDGC, and that goes double this year,” PDGA Director of Operations Mike Downes said. “We were heartbroken to cancel the USWDGC, and we look forward to hosting all of its divisions in California next year. But given the curveballs 2020 has thrown at us, we are happy to be able to hold this competition and put elite professional women’s disc golf on the platform the players deserve.”

Conversations between Innova and the PDGA started back in April, USDGC and WNC Event Director Jonathan Poole said. The USWDGC had just been canceled, but PDGA staff was hopeful a women’s Major could still take place. That desire was only amplified when the organization was forced to cancel its world championship events. With several USDGC qualifiers also unable to run, it presented a unique opportunity: The tournament will instead utilize those spots to showcase America’s premier FPO competitors.

Poole also said the national impact of the pandemic, as well as recent protests in the wake of the murder of George Floyd, gave organizers an added sense of purpose.

“It is very important to us to see a national champion crowned, especially in light of all we have come through,” Poole said. “...It took us back to 2001, when we had a similar decision to make. We had 9/11...We had an incredible sense of, man this has gotta happen. America needs this -- the show has to go on.”

Madison Walker was one of several women Poole consulted with about the prospect of hosting the FPO field. “I thought that everyone would be jazzed about it,” she said.

When Poole mentioned the idea of naming the event the Women’s National Championship in honor of the tournament’s history, Walker also lobbied for it as a way to show respect to 2019 United States Women’s Champion Kristin Tattar. A native of Estonia, it’s uncertain if Tattar will be able to attend the WNC due to COVID-related travel restrictions, and that was not lost on Walker.

“I feel super strongly as an athlete that you should have the ability, unless you’re injured, to be able to come defend your title,” Walker said. “It was JP’s idea to use that name, but I definitely felt pretty strongly it was important to give Kristin the opportunity to defend her title [in 2021].”

The USDGC has extended an invite to USWDGC Tournament Director Jenny Knisley and her husband, Bruce. Tournament organizers also plan to gather feedback from prominent players, including recent USDGC competitors like Paige Pierce and Catrina Allen, about any changes that can be made to the Winthrop layout to make it more suitable for the women’s division.

“We want them to be heard. We want them to have a voice,” Poole said. “There will absolutely be an effort to make Winthrop the best it can be for the FPO field in 2020.”

Details on registration will be announced soon. In the meantime, the USDGC has updated its list of qualifiers for the Open field, with The Majestic in East Bethel, Minn., kicking off the slate this weekend.